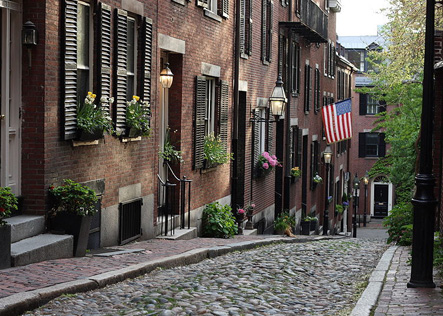 Beacon Hill is one of Boston’s smallest and most historic neighborhoods situated directly north of the Boston Common and the Boston Public Garden. Featuring a mix of grand townhouses and fashionable shops, this cozy enclave is filled with nearly 10,000 people and has the intimate feeling of a village. Stroll down Charles Street to spy pricey antique shops, enticing cafes, and swanky clothing boutiques.