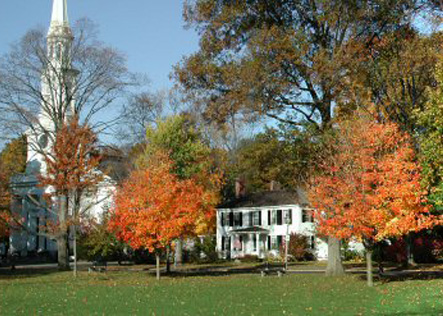 Lexington is a quintessential New England town in Middlesex County, Massachusetts, Settled in 1642, this town is famous for being the site of the first shot of the American Revolutionary War, in the Battle of Lexington on April 19, 1775, as the “Shot heard ’round the world” when news spread about the revolution. Overall the Lexington school district is among the top ranked in the state and nationally. Bridge Elementary School and Jonas Clarke Middle School were both High Performing National Blue Ribbon Schools in 2010 and 2013 respectively. Both middle schools have been ranked as top schools based on Massachusetts Comprehensive Assessment System (MCAS) test scores. Lexington High School was ranked in 2013 as the 204th best high school in the Nation by USNews and the 194th in the Nation in 2012 by Newsweek. In 2012, Lexington High School won the U.S. Department of Energy (DOE) National Science Bowl competition. In addition to Lexington High School, students may also attend Minuteman Regional High School.
Schools:  http://lps.lexingtonma.org/site/default.aspx?PageID=1
Town Data: http://www.city-data.com/city/Lexington-Massachusetts.html