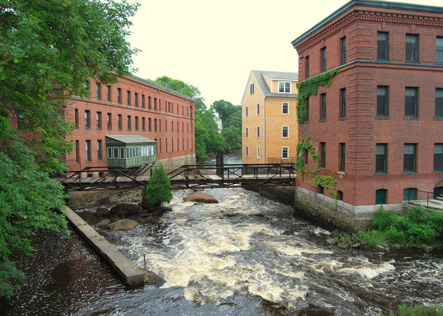 Milton is a contemporary suburban community in eastern Massachusetts that prides itself on a rich historical heritage, tree-lined streets, and acres of protected open space. Milton is unique in that it has the most privately and publicly conserved land within 20 miles of Boston, giving the town a bucolic atmosphere in close proximity to the cultural and business opportunities in the Greater Boston area. Residents have quick access to major highways such as Routes 128, Interstate 93 and Interstate 95. The Red Line into Boston via the Mattapan Trolley it also available. There are several small commercial areas including Milton Village and East Milton Square. Current Town plans include making improvements to the Milton Village area. This includes streetscape improvements to Adams Street and Central Avenue, four station rehabilitation projects along the Red Line’s Trolley Service and a new zoning overlay district to encourage revitalization.

The Milton Public School system consists of 6 schools: 4 elementary (Collicott, Cunningham, Tucker and Glover), the Pierce Middle School, and Milton High School. During the last five years, Milton has made rebuilding aging school structures a priority. All of the schools have undergone or are currently undergoing renovation or construction. Milton is also the home of renowned private schools such as Milton Academy, Fontbonne Academy, and Curry College.
Schools:  http://www.miltonps.org/
Town Data: http://www.city-data.com/city/Milton-Massachusetts.html